A New Spin on Bavarian Cream

“I didn’t know much about Bavarian cream when I decided, one day, to introduce something new to the Mi va Mi restaurant menu,” writes Moshe Kruvi in his new book “On steak, Hummus, and Bavarian Cream.” He got the recipe from Asa, a Bulgarian restaurant on Tel Aviv’s Bograshov Street, and after many attempts he, says, “I knew I had a winning recipe in hand, and it wasn’t long before the word of Mi va Mi’s Bavarian cream got out. Occasionally I was even called the king of Bavaria.”

The origins of the dessert, a custard cut with whipped cream and set with gelatin, are unclear, according to the “Oxford Companion to Food.” The first mention of “Bavarian cream” appears in a cookbook dating back to the early 19th century written by Marie-Antoine Carême. Originally it was named “fromage bavarois,” from the Latin word “forma,” meaning a mold or stencil. One theory claims it arrived in France via a French chef who worked in Bavaria, Germany, and created the dish as a tribute to the province’s snowy landscape.

Thanks to Kruvi, the rich dessert was nearly synonymous with steakhouses, kebab shops, and family-run restaurants in Israel in the 1980s. Since then, it has gone through many evolutions; there are pareve or dairy-free options, and those packaged in plastic and aluminum trays. Eventually, other desserts like malabi took its place.

On March 22, Asif hosted the launch party for the book, which traces the life of the famed restauranteur. To celebrate, we chefs from six top restaurants around the country pay their respects by presenting their interpretation of the nostalgic and beloved Bavaria. Find recipes from Haachim, Roberta Vinchi, Talpiot and more in this collection.

A Note on Recipes: When requesting recipes from professional pastry chefs, one ends up with very precise specifications and strict instructions — even the volume of water is measured in grams. We have “translated” the recipes into cups and spoons for the home cook. But, for the best result, use a kitchen scale to weigh the ingredients before mixing them together, and read the instructions carefully before starting. 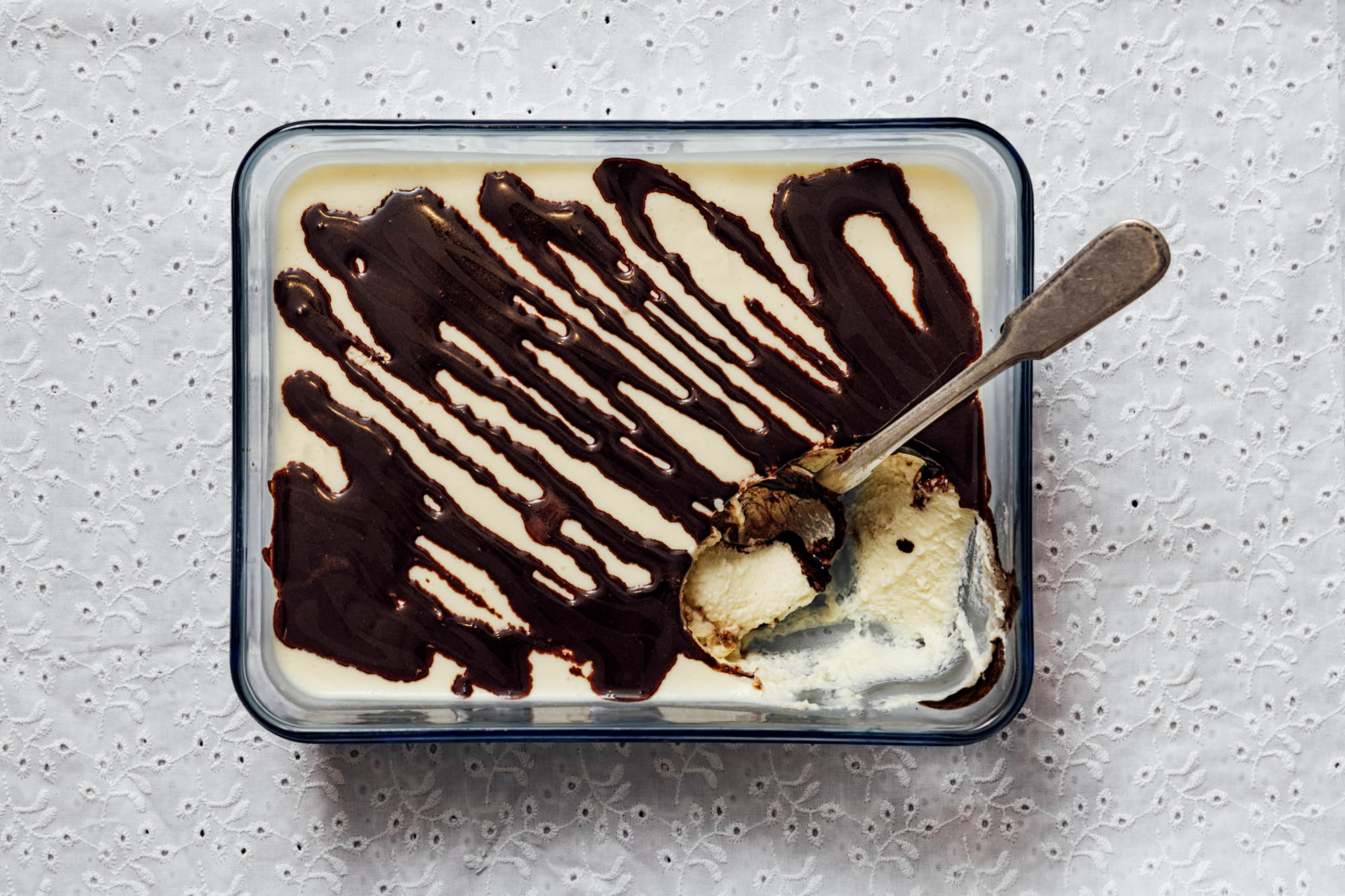 The team behind Tel Aviv's celebrated restaurant Ha'achim swaps the classic chocolate sauce topping for one made with coffee — and chocolate. 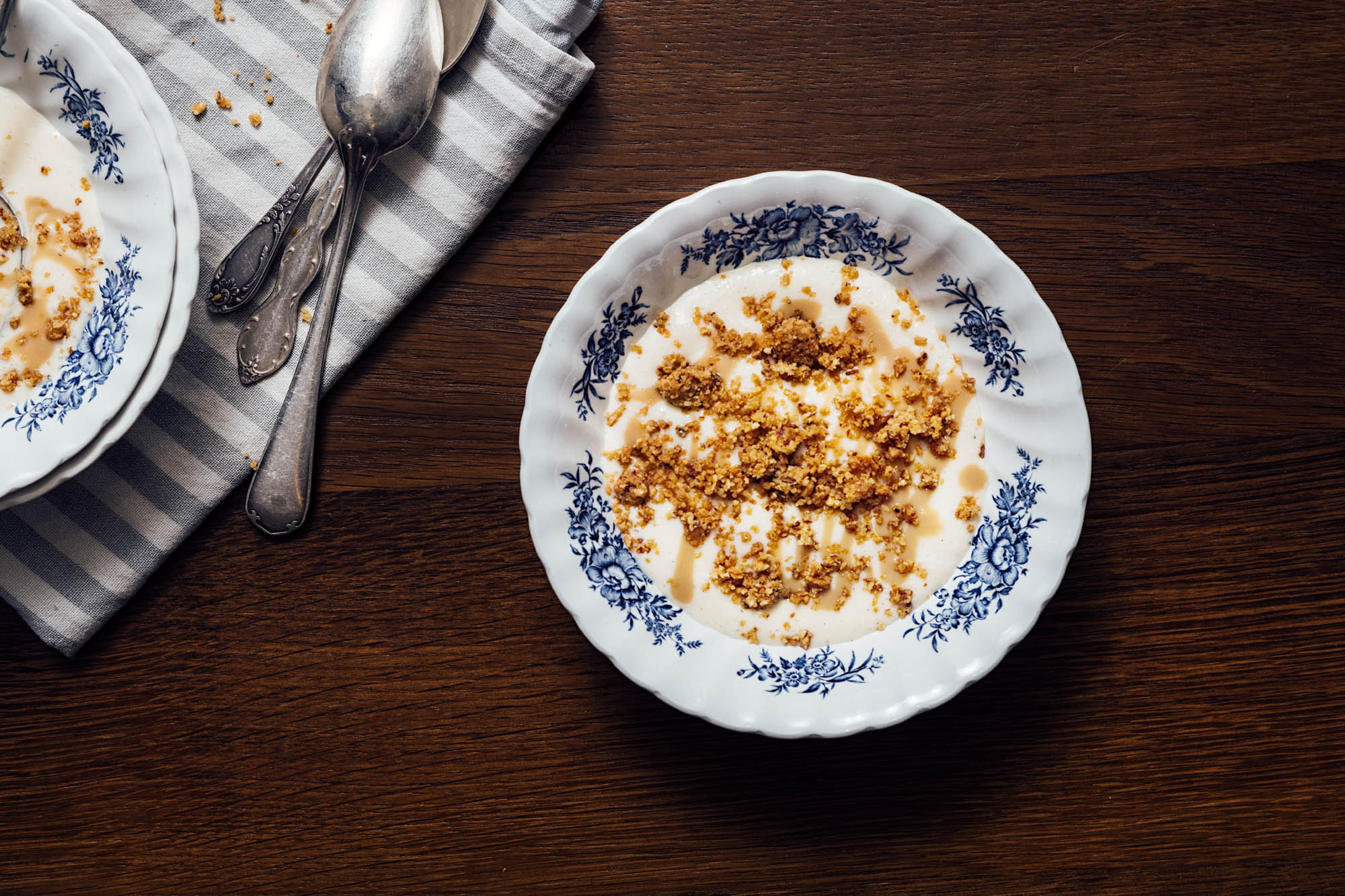 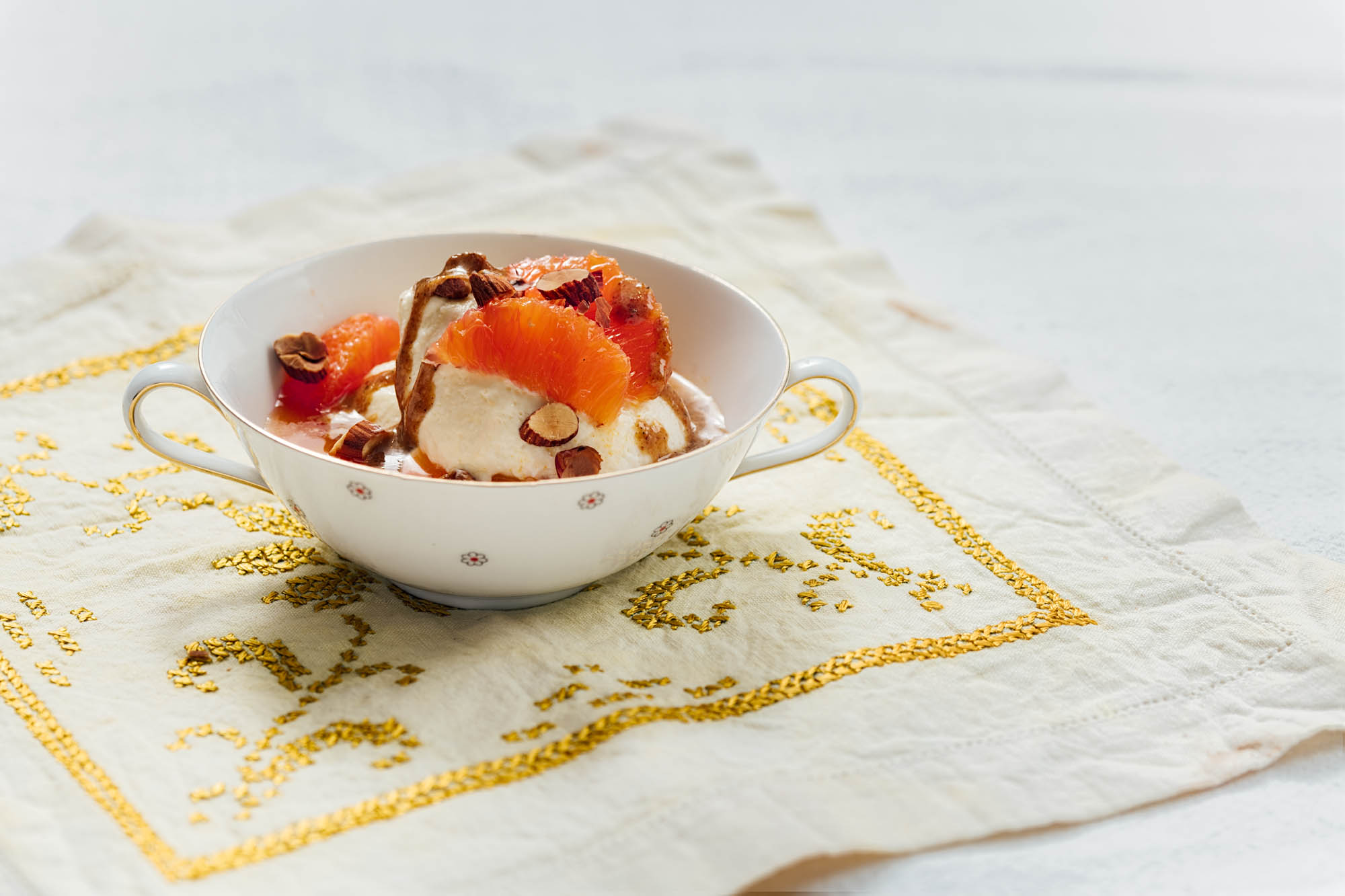 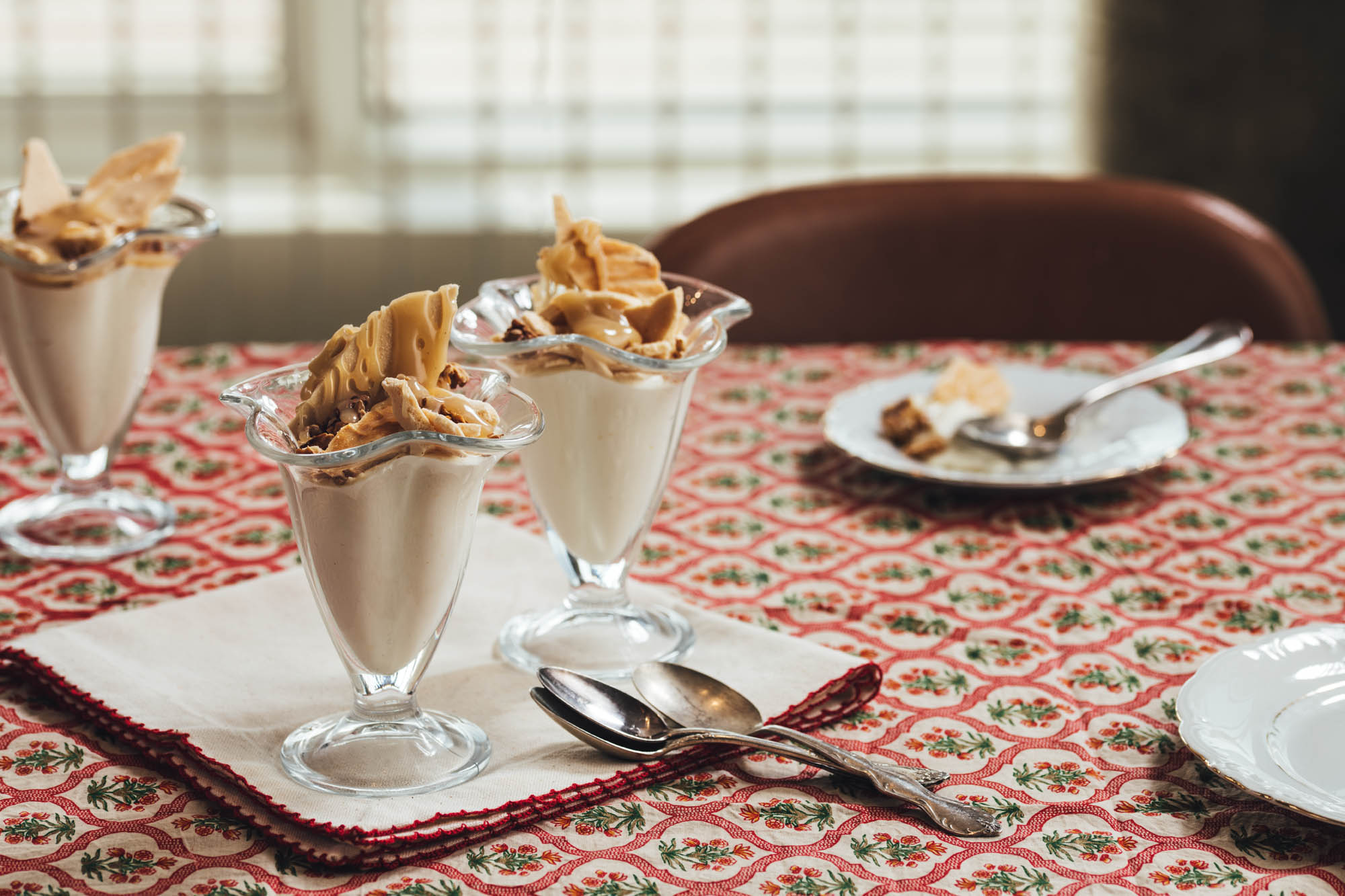