On a brisk winter Friday, stroll through Jerusalem’s Machaneh Yehudah or Tel Aviv’s Hatikva shuk (markets), and you’ll spot clusters of friends and families sitting down to bowls of steaming kubbeh soup. The meat-filled dumplings wrapped in semolina are plunged into ruby-hued beet broth, lemon-y chicken soup, or alongside golden nuggets of squash or tender okra. You might pass people on the street snacking on fried torpedo-shaped ones wrapped in bulgur, or sit down to a casserole dish of the baked version at dinner that evening.

A staple of Levantine kitchens, kubbeh — which is also called kobeba, kubba, and kibbeh — is beloved across communities in Israel. Thought to have originated in present-day Iraq, the cookbook “Delights from the Garden of Eden,” explains that its name is derived from the Akkadian word kobo, meaning “round as a dome;” this is also the origin of the Arabic word for dome, kubba, and shares a root with the word kebab. The Almaany Arabic English dictionary, on the other hand, suggests that it comes from the Farsi word kubidan, to grind. The first mention of kubbeh in writing appears in a cuneiform inscription from 879 BCE, describing a lavish banquet held by the Assyrian king Ashurnasirpal II for the inauguration of his new palace where kubbeh was on the menu.

It’s likely that the original kubbeh shell was made primarily of meat, with just a bit of grain. In cookbooks from the end of the first millennium, we find recipes for kubeba or seasoned meatballs with fillings meant to surprise eaters. A recipe for almakhfiya, or “the hidden,” details meatballs filled with egg yolks, nuts, and dried fruit concealed inside a stew, while in a recipe for bundukiya, meatballs are filled with mashed chickpeas and served in a broth. As these recipes, which first appeared on the tables of the rich and powerful, gradually began filtering into more common kitchens, some of the expensive meat was replaced with grains. Finally, a grain-based casing, filled with meat, was established. The first documentation of it is found in the 14th century Egyptian cookbook, “Treasure Trove of Benefits and Variety at the Table,” which features kubbeh made from a mixture of meat and wheat or millet.

No matter the wrapping, kubbeh making is a labor-intensive task. Preparing the filling and shaping the dumplings were once considered a testament to the cook’s talent. A well-made kubbeh has “a shell as thin as an onion skin,” and a rich but light filling, according to “Delights From the Garden of Eden.” A poorly made one, on the other hand, “will not disintegrate even when thrown from the rooftop.” Women with long, delicate fingers were believed to be the best candidates for the job, and an object of jealousy. Men, on the other hand, were considered unfit for making the dumplings.

Today, various types of kubbeh can be found around much of the eastern Mediterranean and Middle East (there are more than 90 known kibbeh dishes in the eastern part of the Mediterranean alone!). Among them are Turkish eggplant kibbeh, and kibbeh mabrumeh, a log of bulgur kibbeh filled with pistachios and meat, which comes from Aleppo in Syria.

Bulgur-based kubbeh are most common across the region, but in Iraq, where rice has grown since antiquity, they are often wrapped in rice. And, the introduction of potatoes with 19th century colonialism resulted in the patata jaab, which is wrapped in a mashed potato “dough.” In Jewish communities, bulgur was often replaced with rice or potatoes during Passover.

When Iraqi Jews moved to Israel in the mid-20th century, they had to find substitutes for rice, which was rationed at the time. While “Ben Gurion rice,” which is now called Israeli couscous, didn’t stand in well, semolina, which was readily available and easy to work with, did. In time, the semolina version became popular in its own right in Israel.

Once made frequently in homes, the technique of forming the dumplings is now often left to grandmothers and the cooks in the shuk. To us, the ample time and mastery it requires to make kubbeh is an expression of love.

For this kubbeh collection, we gathered recipes from exceptional home cooks and developed one from historical sources. Among their recipes are ones for kofte Tabrizi, one of the first incarnations of kubbeh, filled with dried fruit; another from Basra, Iraq wrapped in mashed potatoes; kubbeh hamusta noo’ah made with rice and wild winter greens from Kurdistan; a fried version tinged red with a pepper spread; and several more from our partner The Jewish Food Society. 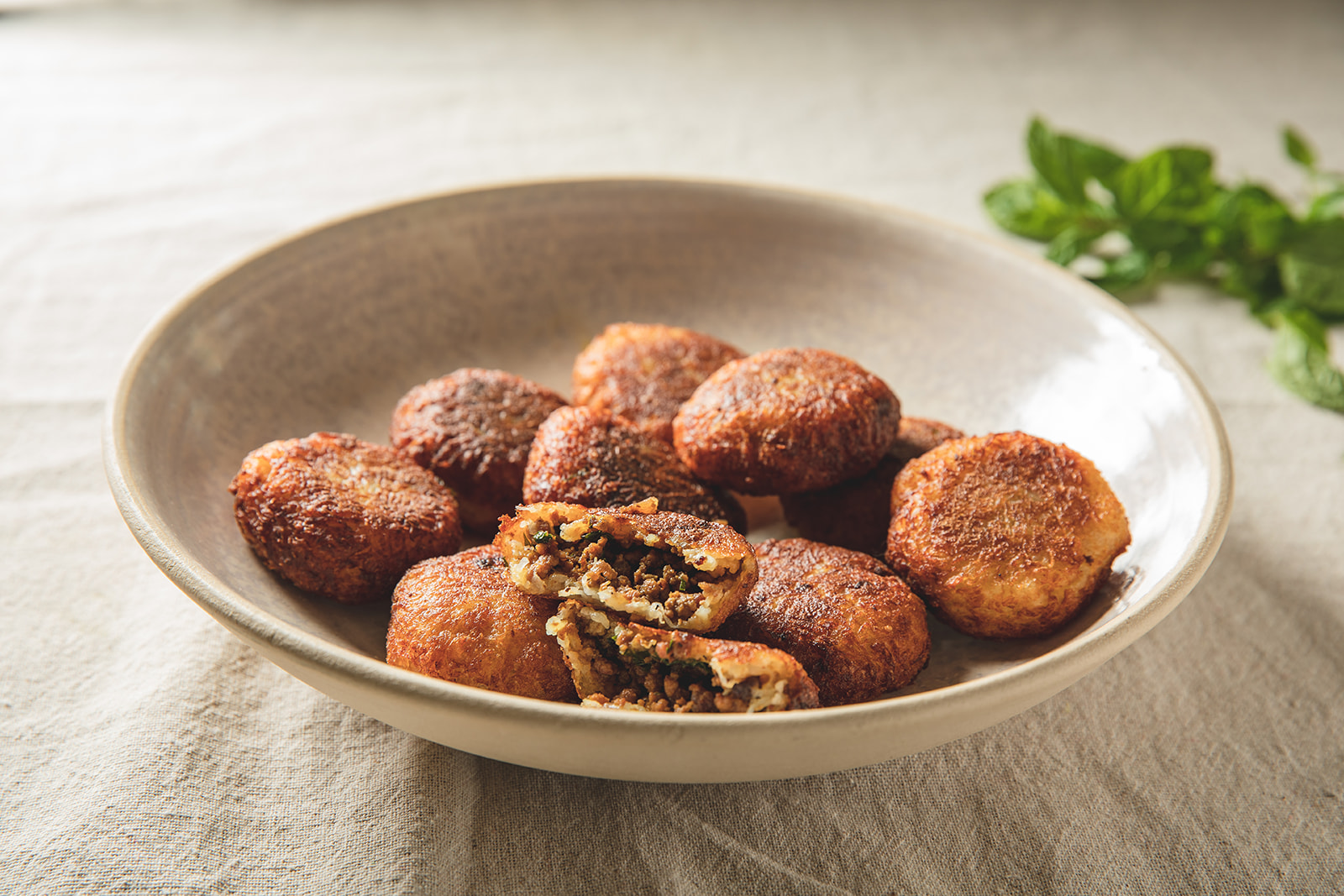 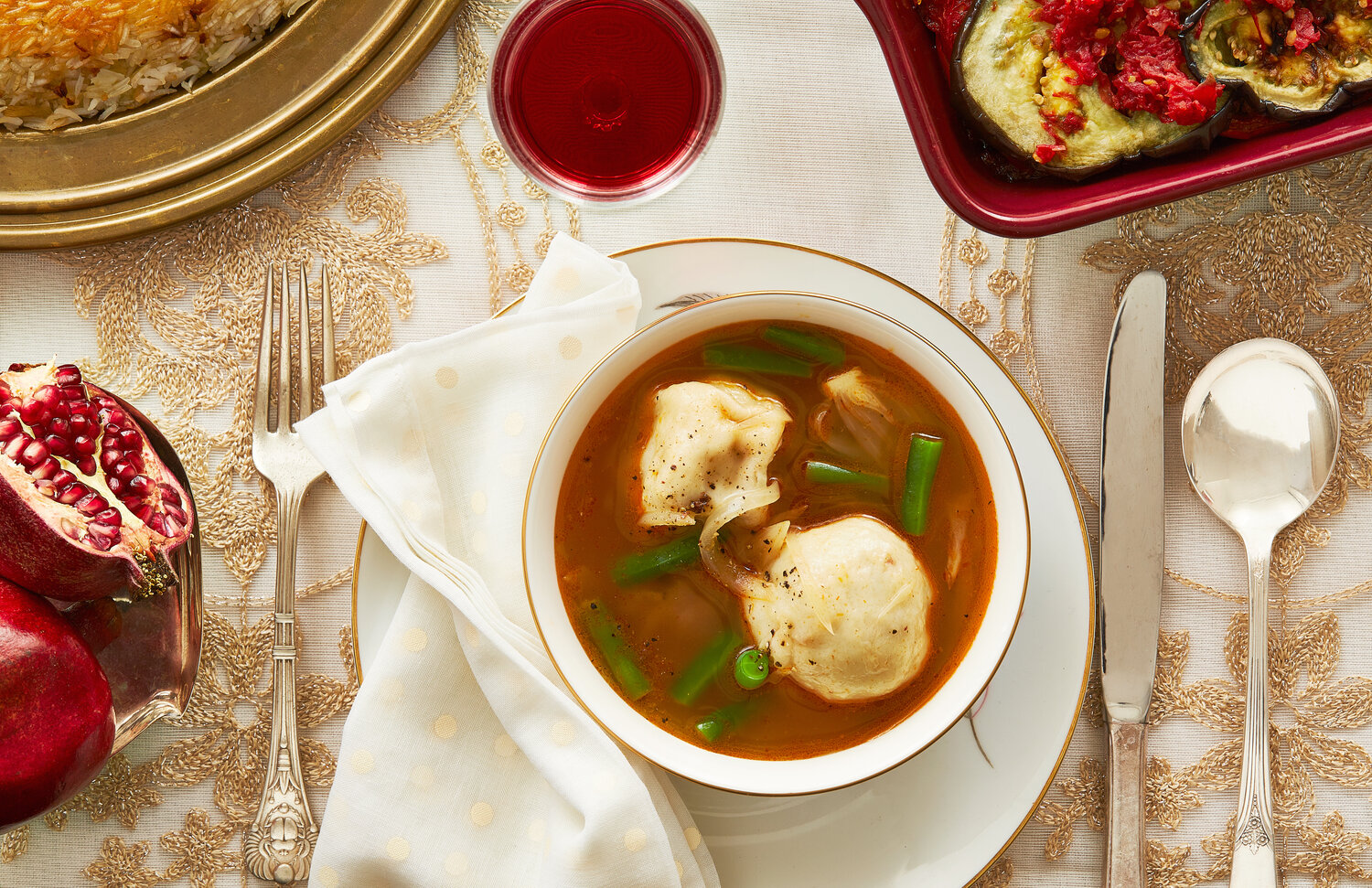 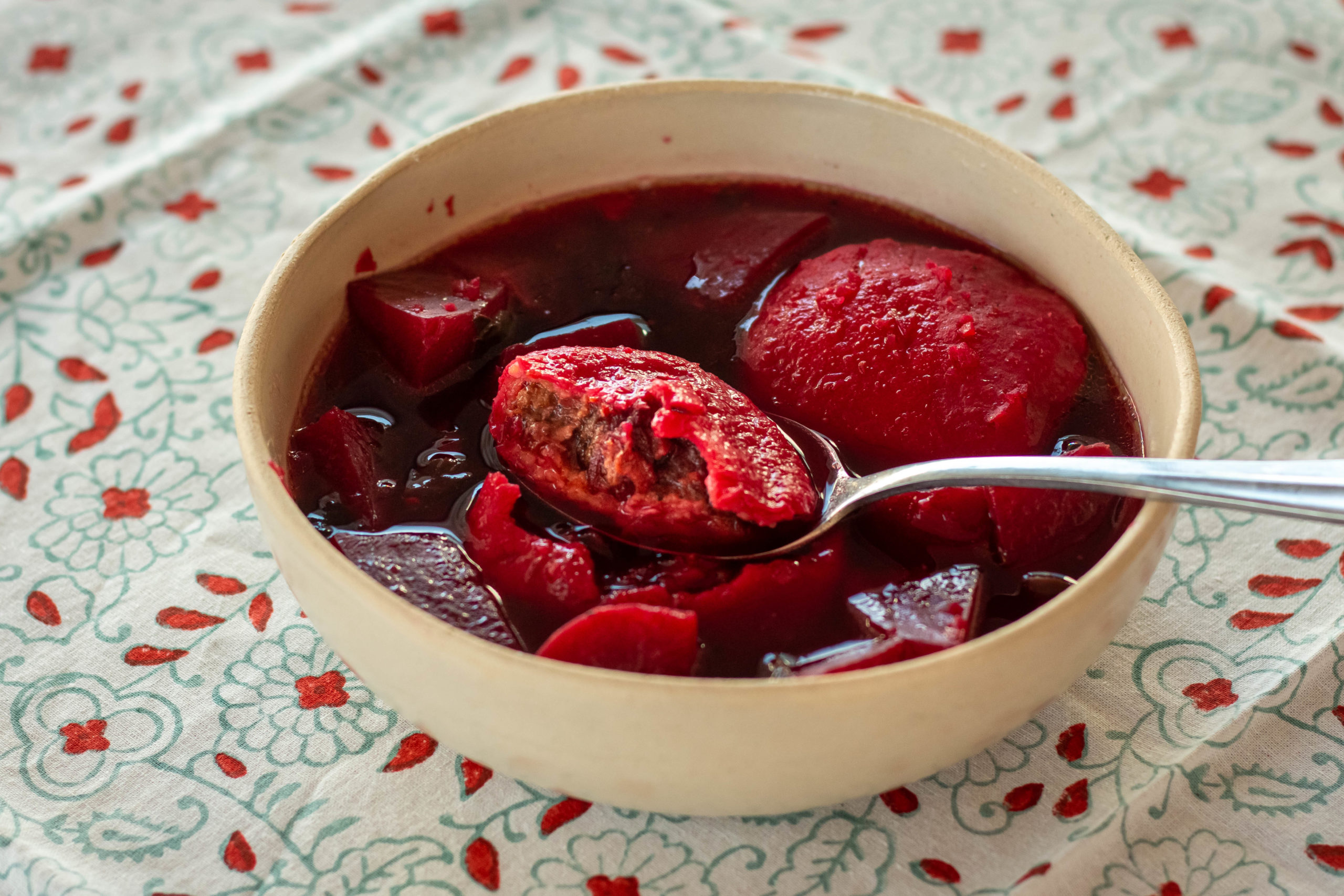 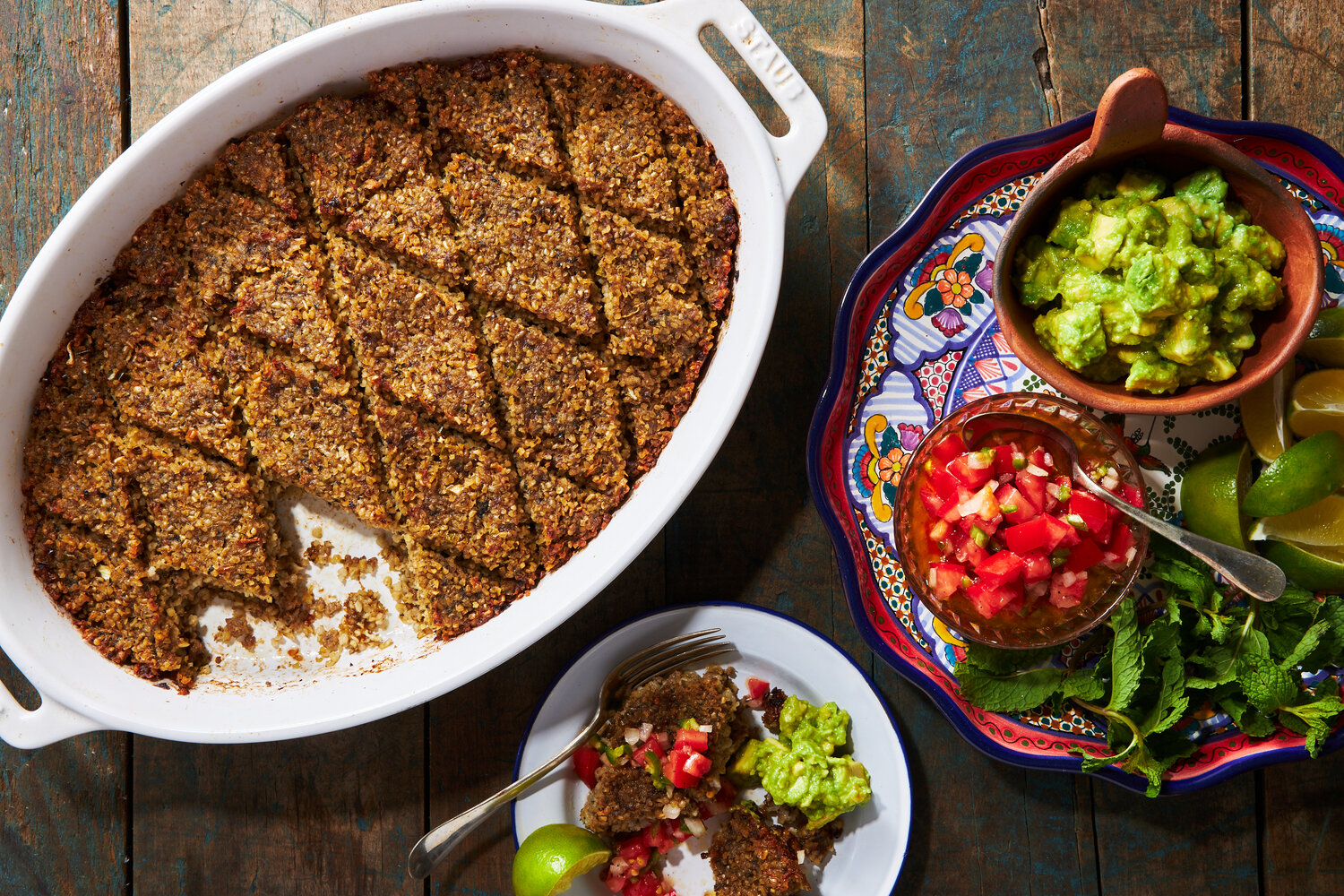 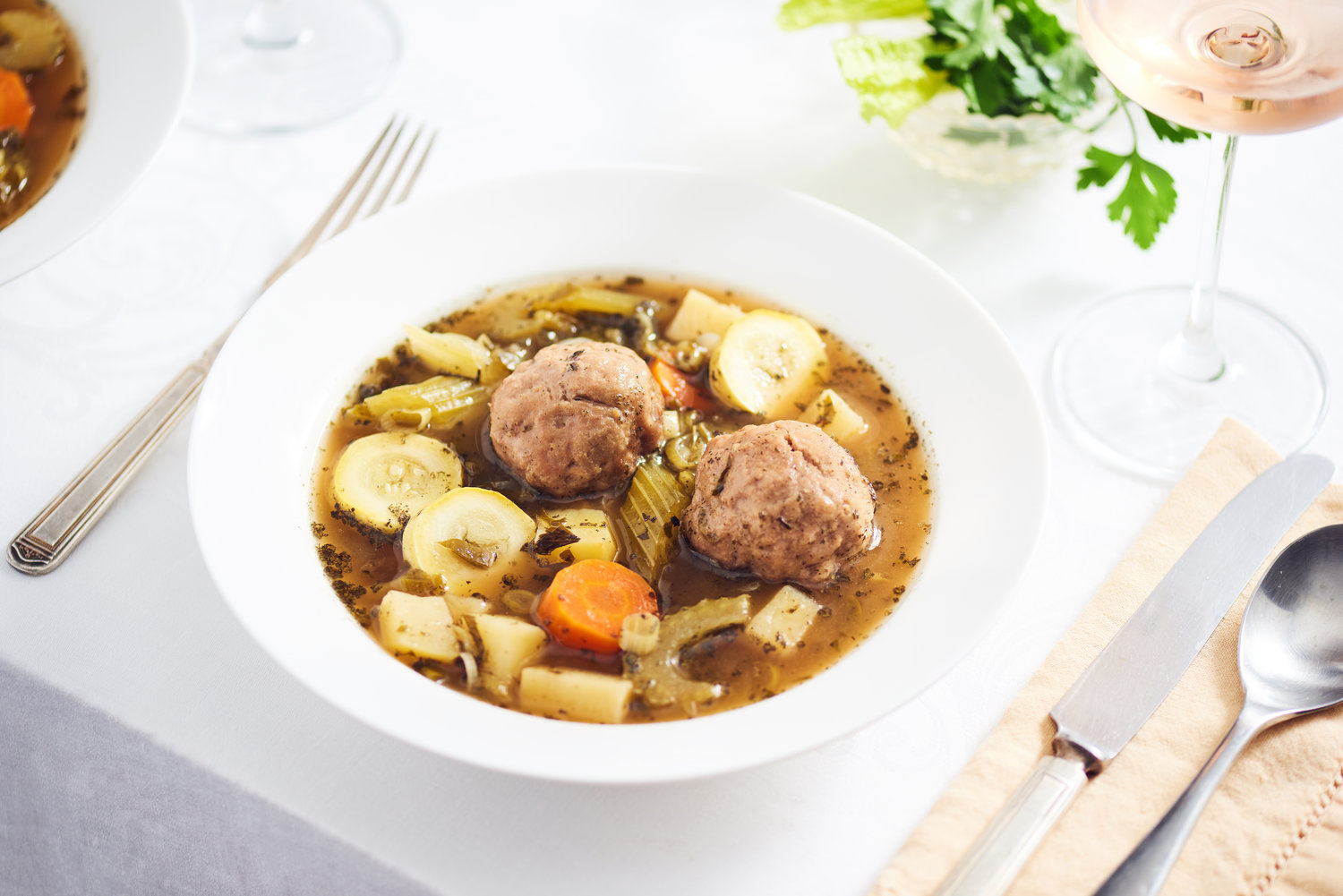 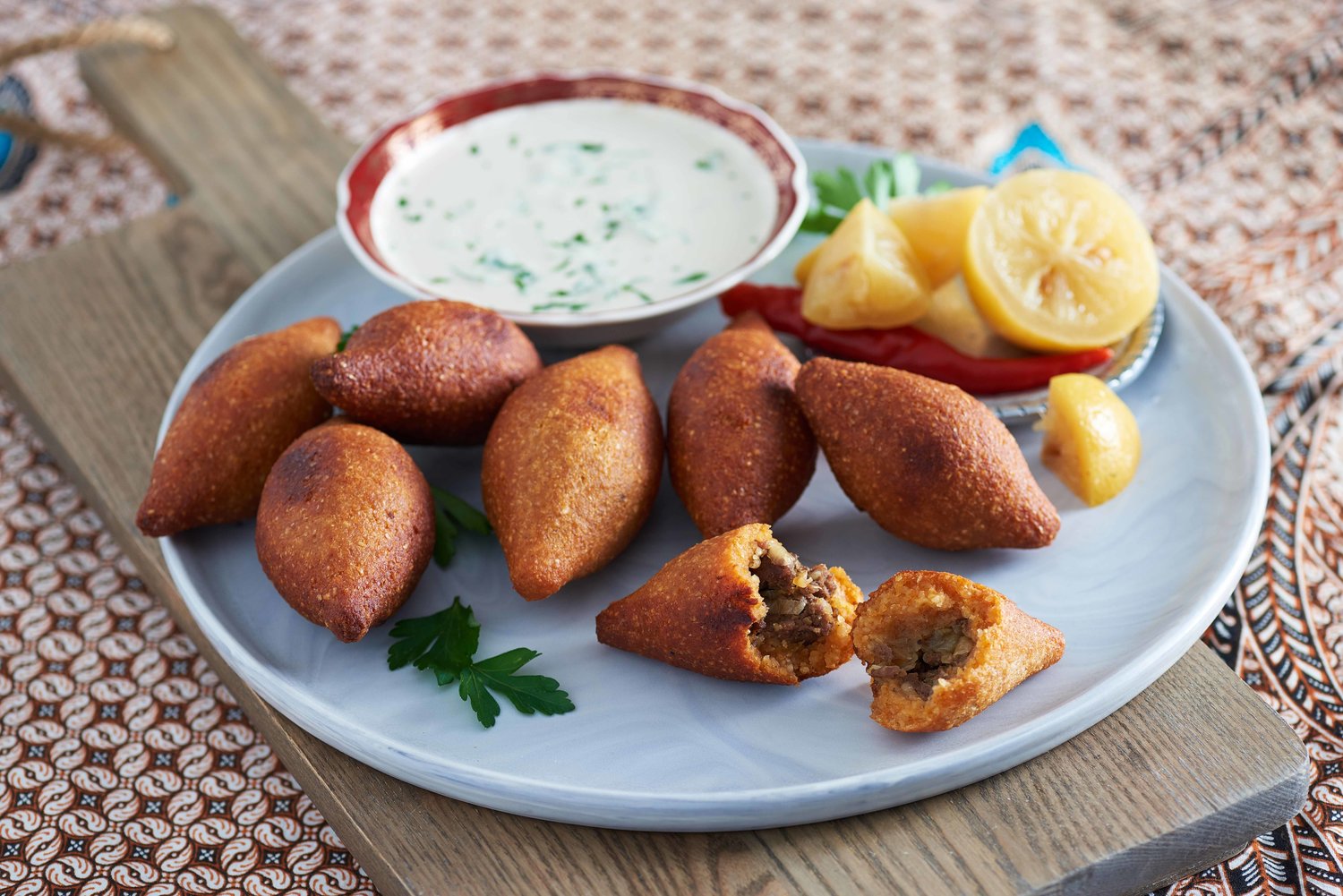